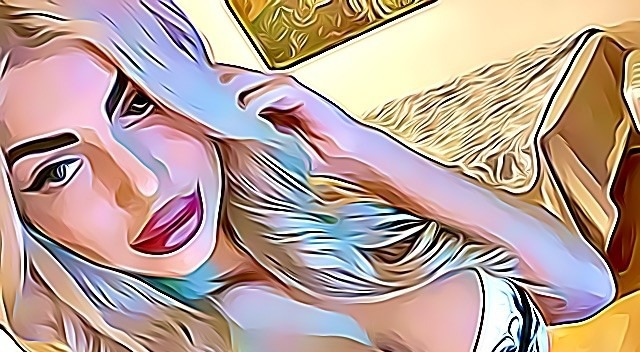 We asked our colleague Nikki to tell us more about herself, her work and experience in this industry.

I have to tell you, this interview and Nikki’s story caught us off guard. We were contemplating, whether or not should we actually publish this, but Nikki wanted to put this out there and we owe it. Not only to her but to all the dancers out there that might occur in a similar situation at some point in their career. We hope this might encourage everyone to think twice before any decisions are being made.

Do you have any specific memory of weird clients?

Yes, I have many. One guy followed me around the clubs where I worked, wanting to save me. But his thing was that he wanted to be treated like a dog. So I  could just order and tell him what to buy and what to do. And he was not ashamed of it at all. He barked like a dog in front of everyone.

I had a client who was a young boy obsessed with me. This guy was a pathological liar. He had downloaded pictures of cars and bikes like Ferrari and stuff, You can imagine that these cars are worth millions, but he was just 18 years old. One day he was a famous football player, the next day an ice hockey player. And the funny thing is that he only bought shots. I asked him to buy for my friends also although he didn’t care that three shots were more expensive than a bottle and from a bottle, you can get more out of it.

I also had a guy a gang banger that took me and my girlfriend out to a party. He paid a lot, so after work, we were going out. Five or six of us. He told me to go with him to his car and we would meet up with my friends later. Apparently, he had a different idea in his mind. He took me far away from the city to a house that was his and his family’s, where he raped me and held me in hostage for two days. He had someone building another house for him a bit away and that it was going to be my house. He was so obsessed that he was going to get me a car and even told me that he loves me. I just thought in my head: you love me but you don’t even know my real name. Two days after he was going with a friend to another city. We passed by Copenhagen, where I worked at that time and needed to take the train to my dog that was being left alone in my flat in Malmoe for two days. I begged them to drop me off when we came to Helsingor where they had a business meeting. At that point I hadn’t slept for two days, I felt like shit. So he went away for a while and when I was about to run away, suddenly he came back with flowers and candy. Unfortunately he

Puts me back in the car again. And all of a sudden I see Copenhagen in the review mirror asking in a panic if this wasn’t the way away from Copenhagen. I needed to go to Copenhagen so badly. So I flipped and panicked because I realized the seriousness in the situation. I cried by now begging him to let me go. His friend got paranoid and I heard him saying, “Hey, I can’t have a girl in my car against her will. She knows my face and my car.” “You just do what I tell you to do.” other guy said. So I started to try to open the doors willing to jump out on the highway in speed but I was locked inside, and soon I was back to the country again alone with this psychopath. Finally, he got very drunk and I managed to convince him to take me to Sweden to pick up my dog. I told him that I was going to live there with him in this house they were building for him a bit further. So I was on the way to Sweden and thought to myself that when I come there I can just run in and lock or yell or something that could help. Luckily he was so drunk talking about how much he loved me and what car I wanted. I could not have just any car et cetera… He lets me take over the driving because, at that point, he’s too drunk. He didn’t know that I didn’t have a driving license. I was so afraid when I crossed the bridge to Sweden with the customs there, but luckily they did not stop us. Puh, my heart raced.

Once we arrived, I explained to him that he could not come up with me to my apartment because I live with someone. You can’t believe the freedom, the peace, the happiness and joy I felt when I closed that car door and slowly walked around the corner and started to run. I was free. I was on my way to see my baby girl that needed a walk for two and a half days. It’s a big building called in Malmoe with one room apartments, eight floors and around a hundred apartments on each floor. A lock to come in then after the elevator another lock then the door. And he had no clue of which one. So as soon I came inside the building I think I felt a tear of joy. I was just so extremely happy. We don’t appreciate the small things which we take for granted in life until we lose them. Like the choice of what man you want to be with, when and where… If you like to spend all day in a robe eating fast food, do it. Just enjoy life. I really got a reality check about the things I love in life.

What is the weirdest wish you have ever received from a client?

That I should let his masculine dog to fuck me.

What is the most embarrassing song you have ever danced to?

What would you change in this industry if you had a chance?

The connection between the bar staff, dancers and the owner. I believe if you have a good relationship and good communication with the bar, you can make ten times more money. And the longer you work, the more regulars you get. I had two regulars every day after a year. I mean I was safe in that way if you understand me. And that’s so nice to know that at least you’re going to make money this week. It’s nice when Club’s often don’t have fixed salaries and you need to pay rent maybe house fee, do your nails, get tan and extensions done. I mean it costs being on top. So secure money is the best in my opinion.

But never break the rules and sneak with staff, be honest and discuss what you can do together to get the most out of the situation. I mean yes, we are there for the money but a nice and fun atmosphere with your co-workers is worth so much more. Money is a necessity in our lives and when you dance, your work is basically your life. And the best thing is to do everything to enjoy it as much as possible. You won’t notice 50$ more or less in the big picture so don’t be petty. I think better work ethic between us all, both loyalty and to the club from the girls. Do not ditch the contract, it’s not fair to the club. “It lowers your feelings that you are special and you are unique and chosen to work together so let’s do the best job possible.’’

Which country do you think is the best to work in from your own experience?

Denmark, AALBORG. Copenhagen is totally different than Aalborg. People go there just to spend money on strippers, lap dances, and champagne. Because of the ferry from Norway. It goes from north of Norway where they don’t have a strip club for the next 800-1000 km. So they take the ferry from Frederikshavn to Fredrikssund and it goes to Aalborg.

Do you have any fears and what would be the biggest one?

The one where I was too afraid to not take a chance. It can change your life but sometimes you get frozen and too scared to go so you stay. And always regrets it.

To be myself and to be allowed to do what I want and actually go for it. Not to be held back by any guy, keeping all your life chances away.

If you could leave only one advice to this world:

If you want it, doesn’t matter how scary it might sound, just do it.